Finally ordered a new laptop. That's a big step -I've been considering it for a very long time but not found what I wanted.

Based on its top notch performance and expandability, combined with fantastic price & durability -- and topped off by reasonable weight and size numbers -- I've chosen the Dell Latitude D820. 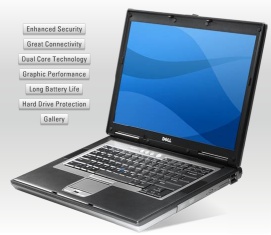 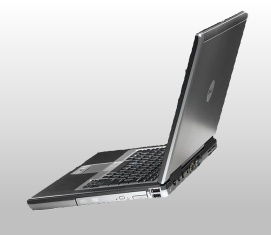 The last new laptop I ordered was in November of 2002. That machine has held up well -- a Dell Inspiron 8200. It has been soaked with water, banged around, upgraded, and poorly treated for all that time. The water did force a hard disk replacement, but otherwise its been a rock. Its just not powerful enough any more for the kinds of things I want to be doing.

I looked at Toshiba, Sony, Lenovo (house brand and as Thinkpad), HP, Gateway, and Dell. Of them all, one really (finally) stood out. The Dell Latitude D820. This machine is tough as nails, very fast, very upgradeable, and very fast. Did I mention very fast? The reviews I've read put it on par with the Thinkpad T60 and the Acer Travelmate. Its half the cost of the Thinkpad, and I don't like Acer.

The case is magnesium and very rugged. Its also a pound lighter, thinner, and less deep than my present laptop -- though an inch wider. The way my favorite travel case is configured, it will fit better.

This video was a great help in picking the laptop. I especially liked the second to last test, but the last several were all pretty impressive. I did look at 17" screens but they won't fit in my favorite travel case and I really don't need that. This one has Dell's top of the line 15.4" "WUXGA" LCD screen and I've picked the 256MB NVIDIA® Quadro NVS video card. It should look fantastic.

For speed, I picked the T2500 (2 ghz) dual core setup. Intel's "Core Duo" has gotten excellent reviews for both performance and power consumption. I also picked 2gb of DDR2-667 ram, and an 80gb SATA 7200rpm drive. That's going to really help. What's really unusual is that this laptop can be expanded up to 4gb of ram. Its one of only a very few I've seen with this option. There is also room for a second SATA hard disk. I didn't purchase that because (a) I can add it later if need be and (b) it will drain power and add heat so if I can avoid it I'd rather.

The optional 9 cell primary battery should give me around 4 hours of realistic use in this configuration -- maybe a little less. Dell says up to 5, but I doubt that number with the amount of RAM I have in it plus the kind of work I do which is hard disk intensive. I also ordered a second 90 watt power supply so I can leave one charger in the travel bag.

Some other cool things include the wifi catcher which is externally available and works without powering up the laptop, and the "rapid charge" functionality that Dell offers on its Latitude line and takes about half the time to charge the batteries. I'm not sure if they throttle down the processor to do that or not.

I should have this thing in a week or two, and I'll let you know what I think of it. It should be a far cry from this old Inspiron 8200.