Why so negative now? Domino & Notes are on the UPSWING for a change. 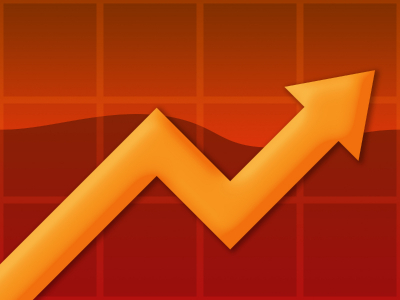 I've been too busy with travel and work to be keeping up on many blogs of late. Over the last few days, a few people have pinged me just to tell me about this person or that person disintegrating in a puff of self righteous smoke.

I don't get it. You guys stuck through a period of years when even IBM couldn't be convinced of the value of their own product line -- and now you come apart? Not seeing what you wanted in version 8.5 on the client? I get that. IBM decided to put most of the focus of 8.5 on the server. That's come a long way. The client is catching up and so is designer. You've seen the tech previews and you know that's the truth.

I see some grand old wizards of this product line upset because things didn't go their way -- and letting that justify a constant background level of negative spin.

Here's something to consider:

1. IBM Lotus has continued to grow the Design Partner program -- they're actually taking input from that program into the client. This is resulting in cleaner, faster builds and sometimes even a few priority changes (admittedly not always the ones we most want).

2. We've just got our hands (officially) on the biggest server release in a decade with Domino 8.5. Now attention is turned to the client.

3. We've seen previews of the LS editor, the Java editor, and other fun tools in the 8.5.x timeframe.

4. Every IBM Lotus BP that I've asked is busy right now. There's work being done even in this terrible economy.


There are  - loading -  comments....
re: Why so negative now? Domino & Notes are on the UPSWING for a change.By Julian Buss on 03/07/2009 at 02:52 AM EST
I don't get that either. But: from my perspective it's a minority of people how
are negative, the majority of Notes experts I know are very positive.

Perhaps some have a tough time keeping up with all those new features, but in a
positive sense...

Over the last couple of weeks, I've watched some fairly dumb statements get
blown up in ways that end up spreading misinformation. What I'm trying to say
here, is that things are pretty good in the Notes/Domino community -- even if
they're not exactly what I'd like them to be.

If I wanted to make something up, I could do better.

As far as what gets said on vowe.net? I like Volker Weber and even respect him
-- I don't always like what he says as "vowe" on vowe.net, but it's his
(non)blog. He likes to use it to stir the pot now and then. I enjoy doing
that too. If the people feeding him rumor were a bit more honest (maybe even
with themselves) about their motives for doing it, his content would be
better.

All the same, vowe.net isn't the root of any controversy. Its just a mirror
held up that shows what one subgroup has on its mind. That's useful even when
its annoying. I'm more confused as to why such a group seems to see this as a
particularly bad time in the life of the product and its community. As I
said, the economy overall is for shit, but in our community people are busy and
there's plenty of work to be done.
IronyBy Ed Brill on 03/07/2009 at 04:55 PM EST
I *think* Heini was trying to be funny. I saw his statement as deadpan dry
humor.
Guess I missed it in contextBy Andrew Pollack on 03/07/2009 at 05:07 PM EST
I missed it entirely. Must be a reference to some of that negativity that I've
heard about but haven't had time to follow.
re: Guess I missed it in contextBy Henning Heinz on 03/07/2009 at 05:31 PM EST
No my statement was not a try to be funny. I currently don't see a lot of
negative postings. Maybe we don't agree on what is a negative post, maybe they
are there and I ignore them. As many I follow Planetlotus, have some Google
alerts and read notes.net and atnotes.de (and some more).
From my opinion they are 98 % positive.
It is how I wrote it. I don't that much negative posts and to be clear I don't
miss them either. But maybe everyone reads what he wants to read.
re: Why so negative now? Domino & Notes are on the UPSWING for a change.By Jerry Carter on 03/07/2009 at 07:20 PM EST
Isn't pointing out the negativity of others, in itself, negative? Oops, now I
said it. Ni!