Watching the inauguration with a few thousand of my closest friends

What an amazing day. I watched the inauguration from Lotusphere. At first I was in Rocky & Bob's session on busting myths around the software. They finished with one last myth. The slide showed as a myth that there would never be a black president -- then they cut directly to the CNN coverage just as Obama was about to be sworn in.

As that session was ending, I went out side to watch the coverage on the information screens the conference uses. There were dozens around each screen silently watching. After a bit, several of the conference rooms opened up and the big screens were used to show the coverage. There is something amazing about watching something like this with a crowd of your peers.

Here's a quick camera phone shot of us watching together.... 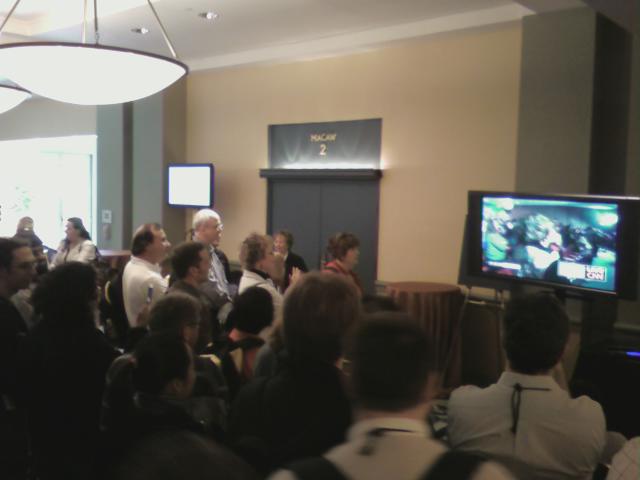 An amazing event, so many of us in wonder, tears quietly streaming. Proud to
have been a supporter from the very beginning. Hopeful for our nation and
frightened for the tough times still ahead.